Geometric sans serif typefaces have been a popular design tool ever since these actors took to the world’s stage.

Poppins is one of the newcomers to this long tradition. With support for the Devanagari and Latin writing systems, it is an internationalist take on the genre.

Many of the Latin glyphs (such as the ampersand) are more constructed and rationalist than is typical.

Each letterform is nearly monolinear, with optical corrections applied to stroke joints that were necessary to maintain an even typographic color.

Poppins’s letters are practically monolinear, although optical corrections have been applied to stroke joints where necessary, to maintain an even color in the text. 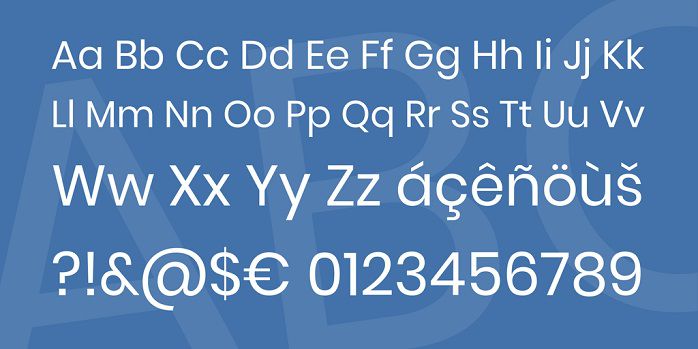 Poppins is a geometric sans-serif typeface published by Indian Type Foundry in 2014. It was released as open-source and is available for free on Google Fonts.

It supports both Latin and Devanagari languages and is available in nine weights with matching italics.