The Ratio by Blloc is a new Android launcher that simply means it’s a piece of software that replaces the default home screen and menu system of an Android phone with a new one but where most Android launchers are pretty much just a light coat of paint over and already familiar Android experience.

The Ratio wants to fundamentally change how you use your phone like its predecessor ratio is designed almost entirely around one goal to minimize distractions and to make you more mindful of your phone usage.

The Ratio by Blloc Launcher is no longer fully monochrome like block OS was, it manages to lift even cleaner and more minimalistic in my opinion, and still carries a ton of thoughtful design elements that help you reign in your smartphone usage.

Note: Ratio by Blloc Launcher is available only per invitation basis. If you do not have an invitation code you can request it here, we will notify you when new invitation codes will be issued.

There are two main screens in ratio launcher for now and the first one is what the company calls drawers.

This is sort of your home screen with a list of app icons that has a few neat tricks first you can organize your apps into folders, that can then easily expand or collapse with various pulldown gestures.

Also, these drawers have little indicators that prominently show you how much time you’ve actually spent in each one of them.

Every element on Ratio by Blloc is purposeful and intended to help you retrieve the information you need, so you can get back to real life. 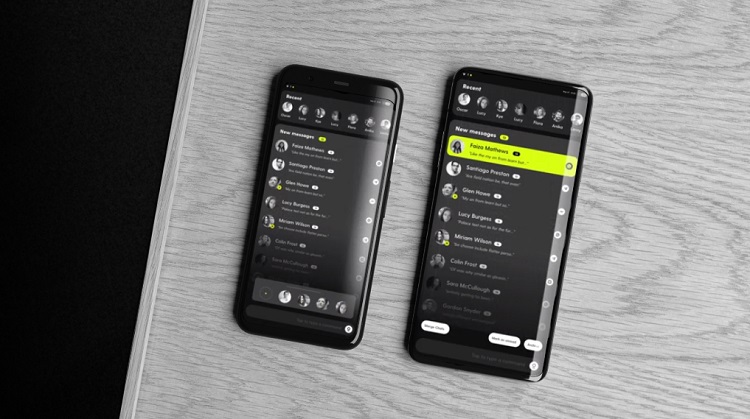 Long-pressing any icon allows you to get more info about an app at a glance like historical usage for example and it allows you to customize its appearance, you can pick one of four colors that becomes the background of the tile which lets you visually highlight apps that you use more often and deprioritize those that you don’t.

The Ratio by Blloc Launcher does still provide a system-wide quick toggle for monochrome mode as well which on OnePlus phones is a simple swipe up from the bottom right corner but I find myself using monochrome more than an app by app basis.

The lock option makes opening any app require biometric authentication like this handy for making your sensitive stuff a bit more private and mute simply stops showing notifications for a specific app.

There are a few more options like tickets that can show you upcoming flight tickets on that card or even on the lock screen or SS feeds YouTube searches and many more.

The last thing here is that you can also long-press this little button to bring up a few more options like focus mode for making things look even less distracting and Sunbelt that apparently makes it easier to see things on a sunny day.

So that’s pretty much it for The Ratio by Blloc. 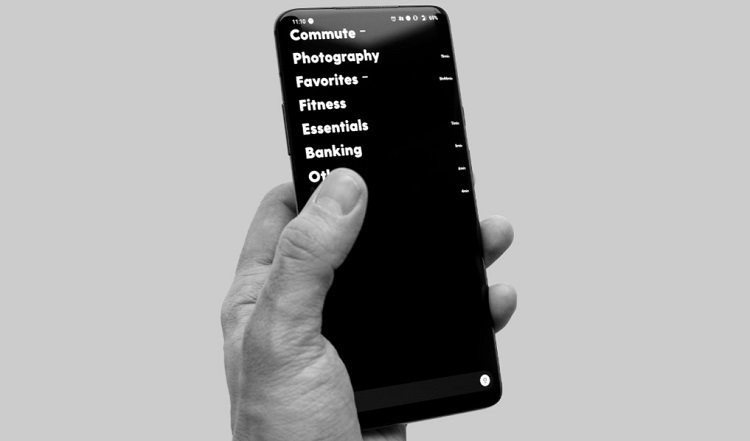 One final cherry on top called the block desk which is a Windows or Mac app that you initially used to install ratio on your phone and after that, it connects your phone to your computer over Wi-Fi.

You can use it to access your photos and copy and paste them between devices and it gives you full access to your filesystem on your phone as well so you can, for example, drag-and-drop files between your devices without the cable.

There are apparently more features planned for block desk in the future like showing you your tree with all of your conversations on here so you could theoretically use your computer to do all the messaging through your phone without having to install a desktop chat app in the future.

My Opinion about Ratio Launcher

I just love this design of the ratio launcher, what I find the most amazing about it is that the Ratio by Blloc launcher isn’t anything complicated just basic shapes simple fonts and a few colors that just happen to be arranged in a way that they look effortlessly elegant.