Scriptina by Fredrick Nader should be one of the most popular free fonts of the past years. Scriptina Pro is on his way to be just as famous as the original version.

After first cleaning up the outlines, spacing and kerning, Scriptina Pro has been expanded with a set of alternate letters without the loops and swashes, using the OpenType contextual alternates feature to switch them around automatically to avoid too many overlapping and repeating elements.

You can also manually turn off the loops and swash with the OpenType titling and swash features respectively. 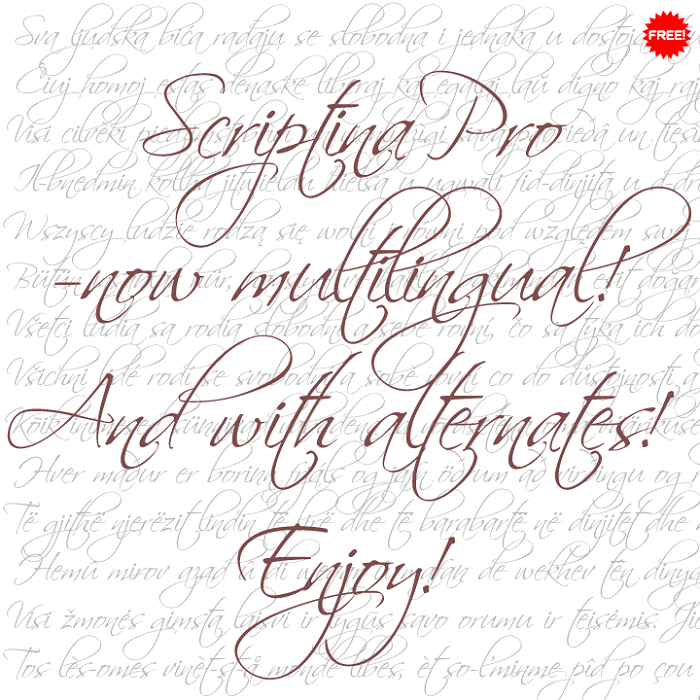 The originals alternate letters have been incorporated as stylistic alternates (and stylistic set 02) and the ligatures as discretionary ligatures if you should want them.

The alternate non-script lowercase z is programmed as stylistic set 01.