After many leaks and rumors Finally Xiaomi Confirmed the launch of Redmi Note 7 in India, according to the report Redmi Note 7 will launch on 28th February at an event in New Delhi. Redmi Note 7 may launch in three storage variants of 3GB with 32GB, 4GB with 64GB, and the high-end 6GB with 64GB. Now there is no information about the price but some leaks suggest that the phone might be priced under 12k for base variant. Redmi Note 7 is the most affordable smartphone without any doubt but recently some information came out where the tech giant company is all set to launch Samsung Galaxy M30 smartphone just a day before the launch of Redmi Note 7, Interesting leaks also revealed the price of M30 which will be under 15k as expected. And this is the main reason to compare Redmi Note 7 with Galaxy M30, so let’s take a look at both device specifications and features also I’ll discuss which smartphone will be better for you.

Samsung Galaxy M30 comes with 6.38-inches FullHD+ resolution display while Redmi Note 7 has a 6.3-inches IPS LCD Display with Full HD resolution both smartphone feature almost same display, however, the main advantage of Samsung Galaxy M30 is the AMOLED panel which gives better and higher display quality when compared to IPS LCD which is featured on Redmi Note 7.

Xiaomi Redmi Note 7 runs on Qualcomm Snapdragon 660 Processor and the processor is quite powerful for the budget range smartphone with this Redmi Note 7 is available in three different ram and storage variant of 3GB, 4GB, & 6GB with 32GB & 64GB Internal storage while other hands Samsung M30 runs on company’s own Exynos 7904 chipset and this is the same chipset provided on Galaxy M10 & M20 apart from that Galaxy M30 has 6GB RAM and 128GB of internal storage well when it comes to power snapSnapdragon is more powerful then Exynos 7904 process but both chipsets provide almost same performance.

Talking about software the Redmi Note 7 runs on latest Android 9.0 Pie which is based on MIUI 10 skin while Samsung Galaxy M30 runs on one-year-old Android operating system Android 8.1 Oreo which is based on company’s own Experience 9.5 skin with this Samsung has promised to bring the latest update very soon by the way which OS is better let us know in the comment section below. 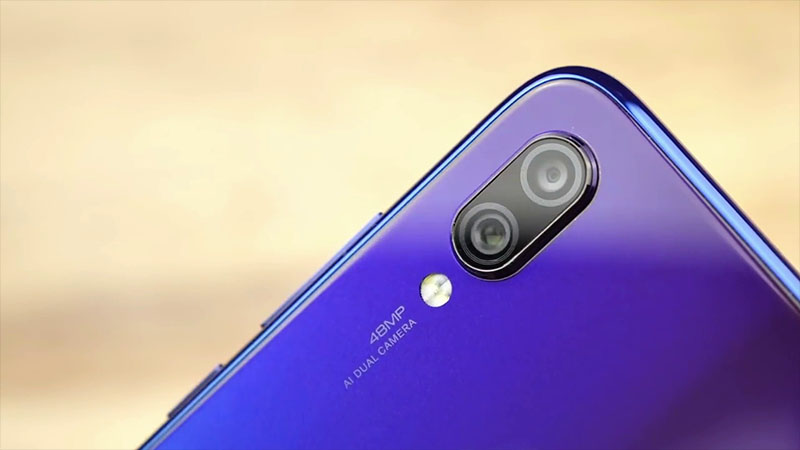 Talking about the Cameras, Redmi Note 7 is so popular because of a 48MP camera which makes a very large hype in the smartphone market but actually, this is a 12MP sensor from Samsung which gives 48MP picture quality by using pixel binning technology but we can’t complain of this because its a budget range smartphone and its not possible to provide original 48MP sensor under 12K budget, with that said Note 7 has 5megapixel secondary sensor to hold bokeh effects well Galaxy M30 comes with triple camera setup with 13MP primary sensor, 5MP secondary sensor, and 5 megapixel depth sensor on the selfie front Redmi Note 7 comes with 13MP front camera while Samsung Galaxy M30 comes with higher 16MP selfie camera and both devices offer amazing photos, however M30 provides much better selfie because of 16MP front camera, so I think Samsung M30 has a better camera when compared to Redmi Note 7 camera.

Which one is Better?

Redmi Note 7 and Samsung Galaxy M30 feature almost same specification, yes there is some change to see but we should not forget the price where Redmi Note 7 priced under 12K for base variant and Galaxy M30 comes under 15k for the base variant. However, guys both the smartphones are best in class and feature almost similar design, specs and performance and each of them has their own advantage, Samsung Galaxy M30 comes with AMOLED display, triple camera setup, and 5000mAh massive battery while Redmi Note 7 comes with gradient glass panel, 48MP camera, and Qualcomm Snapdragon 660 processor.

What do you think which is the best smartphone and which has got best specs, share your opinion in the comment section below, So guys hope you like the comparison of Redmi Note 7 vs Samsung Galaxy M30 see you in the next article till then bye bye!